We expect to be spending a lot of time looking into the right-of-way adjacent to the property when a client approached us to help them with an addition for a day care center in Denver a few months ago. The addition project consisted of some extra classrooms and restrooms on the back of the existing building.

The existing building was approved and built just seven years prior of the addition, so the sidewalks and driveway were still in really good condition. To be safe, we asked the Department of Transportation (DOTI) if improvements along the right-of-way (ROW) were going to be required. They answered that if the works are in compliance with the codes and in good condition, there was no need for improvements.

When the review came back, DOTI did end up asking for us to redo the sidewalk and reconstruct the driveway according to their details to improve the right-of-way. We were not expecting those improvements on existing works, and neither did the client. It not only represented an increase in the cost of the project, but was also an inconvenience for the daily operations of the day care, since reconstructing the driveway means closing the only access to the building for the parents to drop off and pick up their children.

According to the survey, the cross slopes along the existing sidewalk were not compliant with the Americans with Disabilities Act (ADA). That was a big setback and even jeopardized the feasibility of the project. The city insisted on the improvements and the client was already considering a long and cumbersome battle against the city resolution. It was a challenging situation and without a new survey, there were not a lot of alternatives to the city request.

As one of the last attempts to find a solution for this right-of-way issue, the EVstudio team stepped away from CAD and the emails going back and forth. We headed to the site with a digital level. After some simple field measurements of the sidewalk slopes, we realized that despite the results of the survey, most of the slope measurements were within the acceptable ranges of ADA.

Shortly after, we scheduled a site visit with the DOTI inspector and showed him the measurements on the site. The right-of-way improvements were no longer required, which really helped our client in moving forward with the project. We made sure to document everything that was discussed and add the documentation to emails, plan notes, and submittal documents to ease the process moving forward.

There are a number of documents that come from outside of our office, provided by other professionals. It is important, wherever possible, to double-check that information, especially when our design and decisions made were based on such documentation. Thankfully in this case, a simple and affordable action out of the routine was enough to correct the information and bring the project back on course. At EVstudio, we do our best to always think outside the box and provide affordable, common-sense solutions to what could otherwise be very expensive issues. 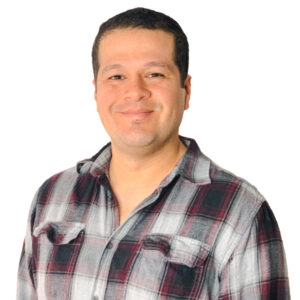