Climate Change and an Architects Role

In this day and age, it’s hard to not hear about the state of our environment. Whether you call it “Global Warming” or “Climate Change,” the word is increasingly getting out about how we as humans are directly affecting our planet, and it isn’t for the better. As someone who had the pleasure of growing up in Alaska for most of my adolescence, having a fondness and appreciation for nature was instilled into my brain. When I hear headlines such as “Only 11 years left to prevent irreversible damage from climate change”, “One million species threatened with extinction because of humans,” or “Climate change impacts worse than expected…” I can’t help but think about what can I do in the architecture profession to help preserve nature and reverse the trend that is being set. In this blog, we will review my personal views on tools in the architect’s tool-box and challenges I believe we face as a society.

When I take a step back and think about what the biggest contributor to climate change would be, I instantly think of buildings and the electricity it uses. According to the EPA, the production and transmission of electricity accounted for 27.5% of the greenhouse gases in 2017. The leading contributor in this sector is the amount of coal that the US still uses to generate electricity. Although the US has slowly moved towards cleaner burning fuels such as natural gas, it isn’t fast enough, and the burning of natural gas still contributes some CO₂ and other harmful gases. Beyond that, however, needs to be the use of renewable energy sources like the sun, wind, or hydro. The EPA breaks out Commercial & Residential into their sector that was responsible for 11.6% of greenhouse gas emissions. This covers heating and cooling as well as cooking and powering of electronics.

What Can be Done?

My big question is what can we do as architects to help facilitate in reducing these greenhouse gas emissions. The following are several paths we can design around that are sustainable and available right now!

First things first, before we get into the weeds here, we need to understand that things are not going to change overnight or within a single year. All the changes we have experienced so far increased steadily over the last 20-50 years so we shouldn’t expect to see the changes reversed in 2-5 years. I feel like with the popularity of smartphones over the last decade, needing to have quick results and something that can be physically observed is almost second nature. Fixing the issues with our planet, however, will not yield these results and can only be observed over an extended period.

Photovoltaic Panels (PV or solar panels) I would say is the most common and well-known form of renewable energy and possibly the easiest to help offset personal carbon emissions. Not only could you power an entire home with panels just on your roof, in some instances, but you could also have the opportunity to generate excess power and sell it back to the grid. This would help lower the load of large fuel burning plants. The biggest hurdle with PV panels can apply them to larger multi-story buildings. The challenge is the space that’s required to fit enough panels to produce enough energy to offset the power it uses. In the long run, this will be one of the larger areas that can greatly benefit from improved product efficiencies and have the greatest impact on reversing the trend.

Geothermal systems can be installed to generate heating and cooling for a building as well as electricity. Unlike solar panels, geothermal can and is used as a renewable source of energy for larger scale buildings. It uses the Earths core and the regenerating heat that it produces to produce electricity. This is becoming more and more popular with smaller projects as well, such as single family homes, townhomes, and small commercial buildings. Unlike solar panels, this source of energy can be seen as constant no matter the weather and thus has the potential to be a more reliable option to solar.

Green roofs have recently gained in popularity and have even found their way into municipal and building codes in some parts of the country. The green roof you most likely think of is one that is literally green. Plants are integrated into the roofs of buildings to help mitigate runoff after storms, insulate from extreme temperatures and absorb heat from the sun. “Green” roofs can also sometimes refer to “cool roof” systems. This simply refers to the use of white or light-colored nonabsorbent materials that reflect the suns rays rather than trapping and storing them as seen with black or dark-colored roofs. In larger cities this can lead to what’s known as a heat island effect where there is a lot of stored heat and energy that radiates from the buildings, increasing the observed temperatures over an entire day.

What’s Holding Us Back?

Many of these systems are nothing new, and because of their benefit to the environment, you would expect to have seen these everywhere by now. So why haven’t they? Let’s look at some of the possibilities as to why?

These are just some of the reasons why and solutions for architects taking that initiative to make a difference, even when they aren’t being asked to. It is my personal belief that with our knowledge of all things buildings and the lack of regulations mandating the use of some of these systems, it should be our duty to push for renewable sources of energy and energy efficient design given the role our profession has in the grand scheme of things. The more we push to make energy efficient design a norm, the more cost-effective and sustainable these systems will be. Ideally, in 5-10 years, solar panels will be 5x as efficient at 1/5 the price. This will hopefully allow for a greater range of applications so that they can be more than just a 2’x4’ panel that’s placed on a roof. Shingles, siding panels, and possibly streets can be adapted to capture energy. With the wide adoption of future applications, in 20-30 years, the need for traditional power plants will ideally be gone. It is my opinion that this is the route we need to take. We need to move the production of energy from polluting coal-burning power plants to clean energy like geothermal, solar, and where possibly hydro. This move is the one that will save our planet and all its biology for an imminent demise. For a more in-depth analysis of the overarching points of this post, I found a very well written article from Architect that can be found here as well as some useful graphs and charts from BBC that can be found here. 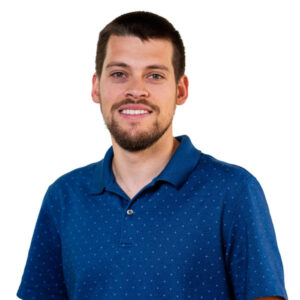