This past weekend a home owner asked me to look at a recently replaced driveway that was already cracking.

Prior to the replacement, the old driveway was cracked and settling in several locations and was becoming a nuisance to clear snow in the winter and a tripping hazard. The home owner researched several different contractors and contacted references for the one they choose. The contractor completed the work, including stamping and staining the concrete with the homeowner’s selections. The homeowner was very satisfied with the complete product.

That is until cracks started appearing in the concrete slab. The cracks ranged from hairline cracks, located in various places at the perimeter of the slab, to cracks close to a 1/8” thick, located at the base of a concrete step to the front porch area.

There are several reasons that a concrete driveway would crack including:

1)      Settlement usually occurs when the soil or fill is not compacted prior to the placement of the concrete driveway.

3)      Concrete Shrinkage is caused by either an incorrect water cement ratio or insufficient reinforcement in the concrete driveway.

4)      Plastic Shrinkage is a condition caused by excessive water evaporating at the surface of high quality concrete, ie. cool windy days, causing it to harden too quickly and ultimately leading to cracks forming. Typically the cracks are parallel to one another, from an inch to a few feet in length, and do not extend to the perimeter of the concrete slab.

5)      Excessive loading occurs when a load such as a heavy truck is placed on the concrete slab when the slab is not designed for the additional load.

After reviewing the location and size of the cracks, it was likely that they were due to concrete shrinkage.  The hairline cracks could have been controlled by placing additional reinforcement in the top of the slab or by maintaining a length to width ratio of less than 2 to 1 in the placement of control joints. A control joint should have been placed along the base of the concrete step to the front porch. In closing, the concrete driveway could have met the homeowner’s expectations if a few relatively minor practices were observed during the placement of the concrete driveway. 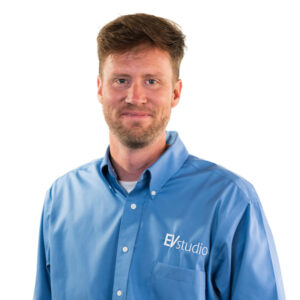