Vijay Patel, a native of England with Indian heritage, came to the United States in 1973 with his parents to start a new life. In 1975 his family made their first move into the hospitality industry by purchasing a motel in Redwood City, California. It was from this humble beginning that the now three generations of family running the business has grown and flourished. With a focus on hospitality and hotel construction, the business has thrived based on hard work, family knowledge, and being leaders in every part of their business- which now includes a very successful modular built hotel in South San Francisco.

Building a family legacy
Growing up, Patel went to school and helped his parents by working in the family-owned hotel business. Through the years his family expanded their knowledge in the hospitality industry and as their experience grew, so did their company as they expanded into the states of Mississippi and Louisiana. It was in 1982 that the family built their first hotel and from there, business just took off. 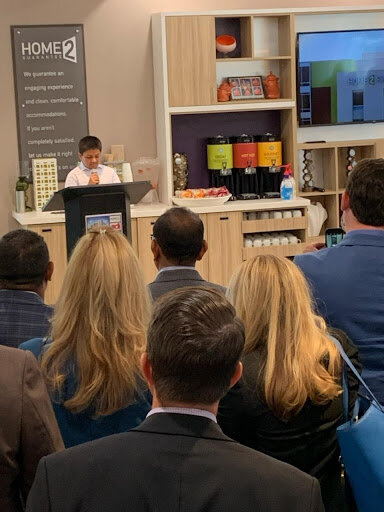 Today Patel is joined in the business by other family members, business partners BJ, and Brother-in-Law Roy, who both come with extensive hospitality experience. Over the past ten years, this family-centric team has had great success, building more than three dozen hotels! Patel says, “This has become more than just a family-owned business, it’s a lasting legacy that is being passed down from generation to generation.”

Because of this, the next generation grew up knowing and understanding the nuances of life in the hospitality industry and was immersed in every aspect of the business. Even the kids enjoyed having a job to do, and as they grew they naturally took on more responsibility. It was through this process that they were instilled with the family values that the business was considered a gift and it was meant to be passed on through the generations.

Today many of these “kids” work and run the family business. Even pursuing college degrees in the hospitality industry and construction management. These kids continue to work for the business and are excited to apply their new knowledge and skills to push the business to the next level. Patel says, “It is truly a gift to see the children in the family enjoy the business so much that they want to continue the responsibilities needed to grow the business and create what it will be for future generations.”

Building a modular hotel
The family takes pride in knowing they are helping to take the company even higher on the shoulders of the previous generation. This drive is what led them to take on one of the most monumental projects in their company history. They built the first modular hotel: a Home2 Suite by Hilton, in South San Francisco.
When the family took this project on, they asked themselves two important questions- why modular & why now? After weighing the pros and cons of modular, the question changed to why not modular?
After learning about modular and visiting a factory the team was astonished by what they learned. The quality of construction was superior to site built and the efficiency of the construction process was far more streamlined. Also, as thought leaders in the hospitality space, they had never seen anything like this before and the team was eager to be the forefront of modular construction in hospitality.

Another factor they took into consideration was the limitations that could arise by building a large-scale hotel in a big city like South San Francisco. Having built dozens of hotels they understood the challenges of a large construction project like this and knew that it could be challenging to find contractors for the project.

Because of this, they felt like modular was the answer and the way of the future, especially since it would solve some of the larger issues they were contemplating. In the end, it was the aggressive construction timeline and schedules of a modular build that ultimately convinced them this was the way to go. The benefits of a modular build would give them the ability to open their doors faster than a conventional build all while focusing on a better-quality product and speed to market. 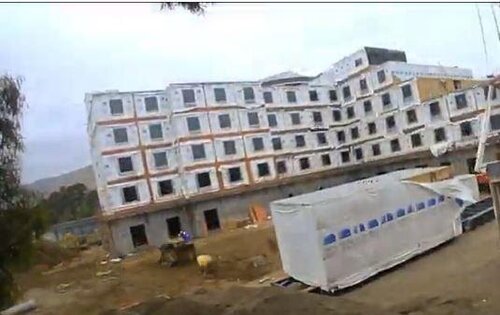 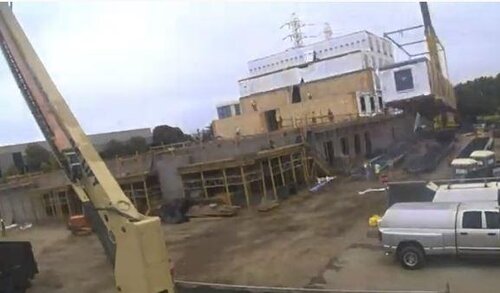 The family’s years of industry experience helped in the process of designing and constructing the modular hotel. Patel says, “Our knowledge of both the functionality and the operations side of the hotel business was especially critical throughout the entire process.”

Building a modular hotel was different. Even with the family’s years of hotel management and building experience, off-site construction required the family to adapt differently. Since this wasn’t a “build as you go project”, the family along with their team of partners had to identify all the various components that were needed upfront for the hotel and get those in place first before they even started the design process of the hotel.

This required a lot of significant coordination in identifying the smallest of details starting with the design phase through fabrication, construction, completion, setting the boxes into place, and opening the doors as well. Patel said, “On a project like this you need to consider everything to make sure it was going to work. Also, everyone on the team needed to understand the process and their roles.” 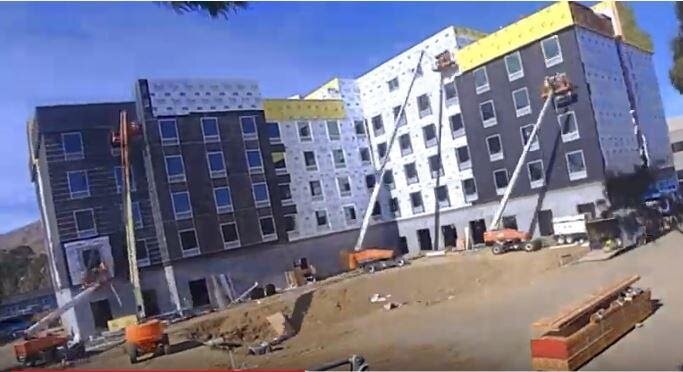 As the project progressed Patel’s team got a great education in modular. But equally to the success of the hotel layout was the family’s deep understanding of the hospitality industry and construction. Because of this, they were able to apply their knowledge from the inside out as they designed, constructed, and set up the hotel’s operations. Jake Boden who now works for neUdesign Architects (now EVstudio) was the lead on the project and says “Working with Vijay and his team was a great experience. His dedication and passion show through in his work. I was grateful that he was so trusting of my knowledge and experience to help guide him and the team through this project.”

Additionally, the Patel’s knew how to optimize the functionality of a hotel, a critical step in creating a truly unique and functional experience for all parties involved. Patel said “All of these things helped us from an operations standpoint not only during the build process but also made things more systematic and easier to manage once the doors opened. After that, all we had to do was focus on the guest experience because that’s just who we are.”

The Home2 Suites by Hilton is the first modular-build hotel in the Bay Area and it’s also the first of its kind in the Home2 Suites by Hilton portfolio. The hotel took only 16 months to complete from start to finish. This beautiful six-story hotel boasts 155 rooms and is 100K SF. It would have taken 24-30 months to build a hotel of this kind using conventional construction. 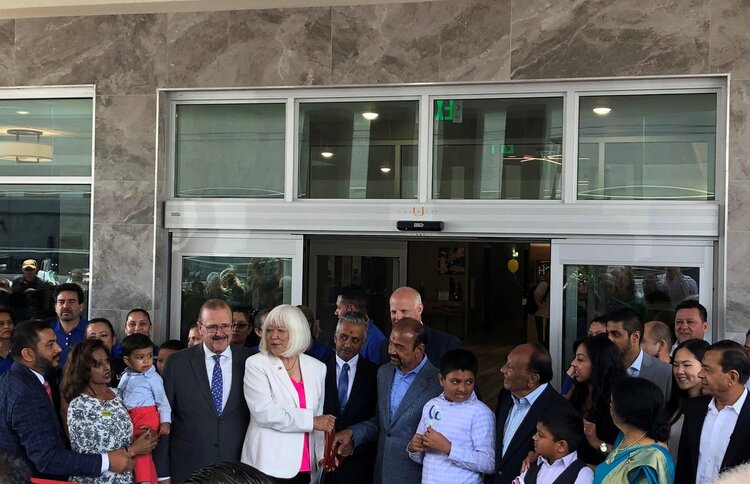 Because modular buildings are built off-site in a climate-controlled factory, the units can be built dramatically faster and to a higher standard than site-built. For this Home2 Suite, Guerdon in Boise built 94 modules. Each module consisted of 2 hotel rooms and a corridor (center load modules). When the units left the factory all the interior work and finishes were done on the rooms. All 94 modules were stacked in 12 days on-site. Patel says of the experience, “It truly was a sight to see and an amazing story.” Organization from start to finish was important on this project. Patel says, “Building modular is a different way of doing things, there’s nothing like it.” He stressed the importance of partnering with an experienced team who could help guide them through the process was an absolute must in being successful in an office-site construction project like this.”

Patel adds, “We were grateful for Jake Boden of neUdesign Architects in guiding the team through the entire process not only from the structural and construction side of things but the everyday things that came up throughout the project. Jake was truly amazing and so knowledgeable. He was there when we needed him and shared information in real-time through the entire process, his expertise was invaluable to our team.”

Building each other
Patel and his family believe that when working on any project you must work together both as a family and as business partners. Patel described that there is an Indian term called “SAMP”, which means we work together as one and we all need to help each other in all things. The family feels strongly that they are better off working together because things are much easier when you work that way. Patel adds, “As we look to expanding our business in the future, we see the benefits of modular design and construction.
We know in our family-owned business that we are building for a better tomorrow and leaving a lasting legacy for future generations to come.”

Congratulations to Akshar Development and the entire team at Southern Hospitality with the completion of this very impressive 16 month build from ground break to Grand Opening of the new Home2 Suites by Hilton. We look forward to our continued partnership and future projects down the road.

WATCH A VIDEO OF THE HOTEL’S CONSTRUCTION! 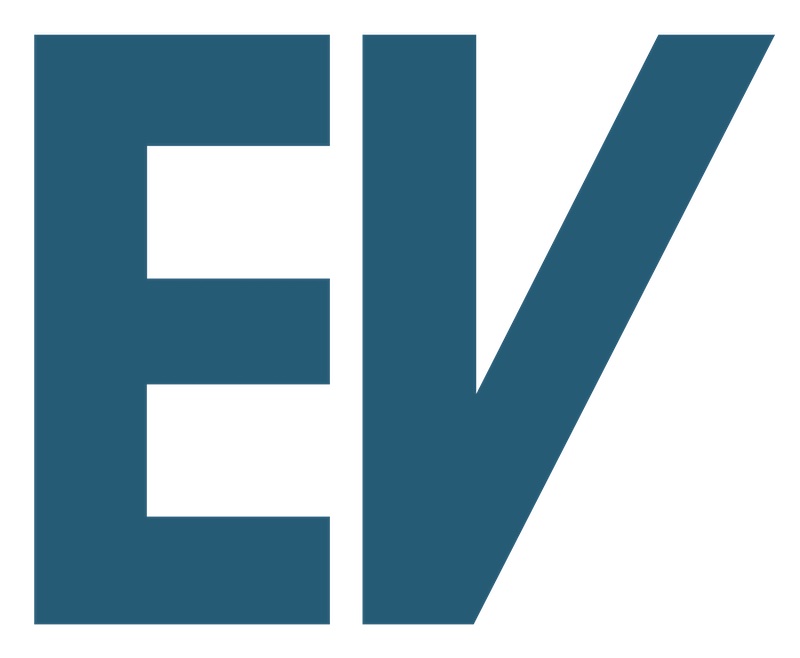