You read that right, steel fans — the MC12x14.3 will be available in the Denver market some time in September of 2014. 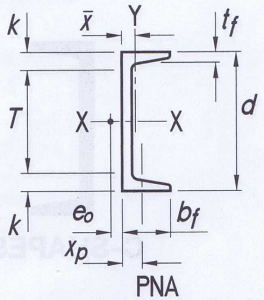 I’m sure you’ll agree with me that that’s a pretty exciting announcement . . . at least, for those of us that design with steel on a regular basis.

By way of background, structural steel — the heavy sections that are generally used to build large structures — are specified according to the standards laid out by the American Institute of Steel Construction.  That way, instead of designing (and checking) every part of a steel section, designers are able to select a common (and relatively cheap) section from a menu of options.

For example, if I’m presented with a floor that’s 11 7/8″ deep (a common engineered joist depth) which requires a steel beam and no soffit, I have 14 choices of common sections that will fit within the floor framing.  I run my calculations, and pick the least expensive one from that menu.

Which is why the MC12x14.3 is such an exciting section.  Previously, a 12″ deep channel (useful for reinforcing CMU construction) was available in 10.6 pounds per linear foot, and from 20.7 pounds per foot and up.  The C12x20.7 is a great section — it’s very stiff, and it isn’t terribly heavy — but there are definitely cases where it’s overkill.  Unfortunately, the MC12x10.6 is just over half the weight (and therefore, half the price), but it’s only about 40% as strong; there are many applications where it isn’t up to the task.

The MC12x14.3 fits neatly into the gap.  It’s substantially lighter than the C12x20.7, but it’s considerably stronger than the MC12x10.6 — perfect for fire stair stringers and smaller masonry openings.