It is no secret that America’s aging infrastructure continues to deteriorate. Every four years, the American Society of Civil Engineers (ASCE) releases its Infrastructure Report Card in which critical infrastructure components such as roads, railways, bridges, and dams are rated on a tradition grading scale. The most recent Infrastructure Report Card published in 2021, ASCE graded the overall state of America’s infrastructure as a C-, which is a small improvement from the D+ awarded in the previous 2017 report card. The subcategory of bridges received a grade of C, which was actually a small decline from the 2017 grade of C+. Bridge inspections are a key method for identifying which bridges need the most work to help improve our nation’s infrastructure.

According to the 2021 report, 42% of America’s 617,000 bridges are at least 50 years old, and 7.5% of all bridges are considered structurally deficient, meaning that they have been rated as having a “poor” condition. As the number of aging and structurally deficient bridges rises, so too does the risk of one of today’s most publicized and attention-grabbing infrastructure failures: bridge collapse. One recent event that gained national attention was the collapse of a Forbes Avenue bridge in Frick Park in Pittsburgh, PA on Jan. 28, 2022 that resulted in 10 people being injured.

Today, engineers and inspectors take several measures to avoid such catastrophic events and to ensure the safety of America’s bridges, the primary of which are bridge inspections. The National Bridge Inspection Standards Regulation (NBIS) outlines procedures and policies for bridge inspections, while individual states may even have their own regulations. Typically, each bridge is inspected once per year. If a bridge is deemed to require special attention, many methods exist in which to monitor the health of the bridge, including installing sensors on the bridge and performing non-destructive testing. However, this process can be costly and time-consuming, leading researchers to investigate newer, more efficient methods of bridge inspections.

One of the most exciting innovations for bridge inspections that is currently being researched is Drive-by Bridge Inspection (DBBI). In DBBI, a specialized inspection vehicle is equipped with sensors and is driven over the bridge. The sensors on the vehicle record its vibrational response, and from this data, the vibrational response of the bridge, and thus its current health, can be determined.

The potential benefits of DBBI over traditional bridge inspection methods are immense. DBBI would allow for bridges to be inspected and monitored much more efficiently and economically, saving time and tax dollars that would have been allocated to traditional methods. It would also allow for bridges to be inspected several times per year rather than the typical schedule of once per year, thus ensuring bridge safety and reducing risk of catastrophic collapse.

The benefits of DBBI are obvious, but the execution remains less so. Researchers today are constantly performing new tests and experiments on a variety of DBBI techniques in an attempt to find the most reliable and efficient solution. Many DBBI methods face challenges such as vehicle speed, road surface irregularities, and the presence of other traffic on the bridge. Countless field tests will need to be performed to determine the accuracy and reliability of these techniques. While DBBI still has a long way to go before becoming an accepted and wide-spread method of bridge inspection, there is great excitement among inspectors and researchers at the potential for such an industry-altering innovation. 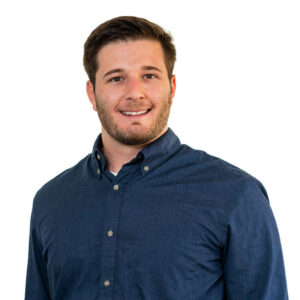