The Skinny on Thermal Mass

Alright, let me first say that while I studied thermodynamics and heat transfer in school, it’s been many years since I’ve had to look up a specific heat capacity coefficient. With that said, there are some fundamental things that have stuck and I can’t help but apply those concepts into my design work and try to help others understand the nature of nature (or in this case, the nature of buildings).

So first, you need to familiarize yourself with some basics about the way that heat energy moves around. There are really only three ways this can happen:

1) Conduction – this is direct heat transfer through a material. Some materials are better conductors than others. This is why pots and pans are metal and scuba suits are synthetic rubber.

2) Convection – this is literally where a material that has heat in it physically moves to another location. This seems rather low tech, but it is quite effective. Consider where hot air goes and how nice it is to have a summer breeze.

3) Radiation – Without this one, we would be a cold, dead world. The Sun transmits all of it’s energy through the solar system via this method and it is a very important mode of heat transfer.

This blog is going to focus specifically on Conduction. I’ll leave the other two for another post some other day.

So how does conduction work in a building wall (or roof or floor…)? Simple: The temperature on both sides of the wall eventually want to reach equilibrium. So, if it’s hot outside and cool inside, the wall itself will allow the heat pass through the wall and warm the inside of the wall until both temperatures are the same (in fact the temperature at any point in the wall is the same). The resistance in the wall to letting this happen is called R-Value. The higher the R-value, the better job the wall does at keeping the heat from passing through the wall.

There’s something very important going on here though that nobody ever talks about: The time that it takes for the energy to reach a steady state of flow. Simply put, it takes time for the energy to make it through the wall and that effect is not described at all by r-value alone. Without getting into the ugly equations (which frankly, I no longer have committed to memory anymore), there is a special property of all materials that tell you how well the material can store the heat that is passing through: the specific heat capacity. Combine this with the actual density and thickness of the material, and now you’re able to talk intelligibly about how a wall will really react to changing weather. Enter the world of thermal mass.

Consider this: if it takes more than 12 hours for the outside temperature and the inside temperature to reach equilibrium because the wall itself stored a lot of the energy passing through, then day turned into night and the temperature on the outside of the wall is now different. The energy flow may even reverse if you live in a place like Colorado and the wall will rarely, if ever reach a steady state of energy flow. So knowing that, we can throw r-value alone out the window as a metric for thermal performance (pun intended as most heat loss in the building occurs at the doors and windows anyway).

Instead, we should be considering materials with a high capacity to store heat and slow down the passage of heat flow to at least 12 hours. Light frame construction doesn’t have much density and steady state is reached much more quickly than solid dense walls. That doesn’t mean that light frame construction is inherently bad – it just relies much more on r-value to thermally perform. With denser wall materials with capacity to store heat, we can make the comfort level within the home much less dependant on the outside air temperature. Imagine if you had walls that took days to reach steady state. Then that passing three day storm may never have an effect on the heat loss in through the wall whatsoever. Too bad we have doors and windows, but their thermal performance is another topic for another time.

Strangely, there is very little data out there to corroborate this, except for the fact that the comfort level in brick homes and log homes is really quite high despite the fact that the conductive r-values are very low. The same holds true for concrete structures and rammed earth. We need more studies on this phenomena to better understand how we can leverage the properties of materials to make new and much higher performing building materials. It is something that could significantly impact the thermal performance of every building we build in the future and can get us that much closer to a carbon-zero footprint. 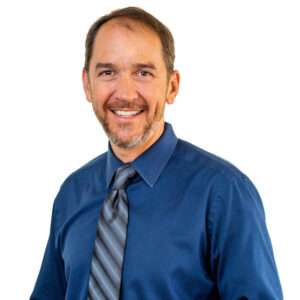 1 thought on “The Skinny on Thermal Mass”