A month prior to my employment in EVStudio’s Multi-Family Housing studio, I was able to spend my final college semester studying abroad in Rome, Italy. There, I lived amongst other students and native Romans alike in the riverbank neighborhood of Trastevere (which is graced by James Bond’s Aston Martin several times in the movie Spectre.) With the heart of Rome only being a 20-minute walk away, the dense, stately and genuine Italian architecture exists there much as it does in the downtown. Students were assigned in bunches to live together in upper-story flats, which were decidedly smaller, if not cozier, than American apartments.

In the States, the largest contributors to the cost of a home are the often whether a basement is finished, the size of the master bathrooms and the quality of finishes, the amount of garage bays, and the size of the yard. These are all spaces for storage of extraneous belongings and private relaxation, which is indicative of the priorities of the average American homebuyer—materialism and refuge.

Whereas North American apartments typically emphasize large private spaces—such as bathrooms, living rooms, and offices—that rival the size of public areas, Roman lodging prioritizes entertainment spaces like living rooms, and specifically, the kitchen. The bedrooms are typically smaller than their American counterparts and often house more than one bed. In the bathrooms, smaller stand-in showers are commonplace so that there is enough room to fit washing machine (dryers are a rare sight) and the obligatory bidet.

These disparities are indicative of the difference with Italian living and culture. Greater attention is placed upon the entertainment of family and guests, thus these subsequent spaces dwarf those of private relaxation and usage. These decisions in apartment layout show that socialization at the dinner table and entertainment of guests are paramount.

When visiting the flats of other students, the kitchen and dining room were always the first, and comfortably the largest, rooms within the unit. This importance is reflected in Italian culture, whose lifeblood is cuisine and hours-long meals of extended socialization. Homecooked meals and sharing wine are, more so than in America, what epitomizes and binds the family unit. So, naturally, it is the most accessible and well-designed space in the apartment.

Disparities with American multi-family housing grow even starker when picturing the apartment building in its entirety. American designers and developers choose the most striking design features and quality of materials for their front façade and then taper off the grandeur of architectural features on the sides and rear of the building. On the other hand, Italian apartments often times shift the individual features like decks and balconies to the sides, where they can overlook other units, or to the rear, where they are isolated from the bustle of the main streets. The streetscape face of the building takes on a weathered patina, sprouts an offshoot of ivy, or, rather unfortunately, becomes graffitied. These designs readily accept the grime and crime of the main streets and turn their focus away.

Many times, the streetside face of a Roman apartment building is lined with an alternating pattern of glass storefronts and wooden entry doors to one of the multiple stairwells. It’s American counterparts often have one designated entry on the street face or perhaps smaller entrances at the corner ends.

Whereas in American apartments the amount of stair cores is typically limited to the ends of the building or at intersections of corridors, Roman apartments have a multitude of stairways that only reach two or three units per landing. When sharing a landing with only one or two other neighbors, occupants are gifted a sense of privacy in an otherwise dense residential area. This array of privatized stairs eliminates the need for corridors that are all too often the lifeblood of circulation in American apartments.

However, this simplicity in design also reduces the number of amenities included in Roman apartment buildings. A vestibule, connecting an individual entry gate and stair core, contains the garbage cans and mailboxes to be used by the residents. Parking garages, fitness areas, and bike washes that are typical of American lodging are not included.

All in all, Roman apartments offer minimal amenities and spurn areas of private and personal comfort for those of group entertainment and usage. It’s reflective of the differences between Italian and American cultures: communal interaction and privacy respectively.

Follow this link to learn more about how cultural trends and eras have played a role in design in the United States. 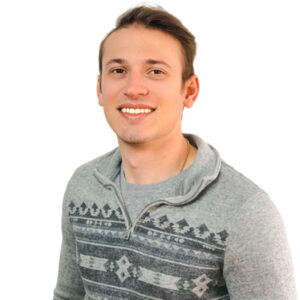 Working with Model Groups in Revit: An Alternative View