We did several projects on their campus and they’ve also worked with other architects over the years. Something is always getting updated. 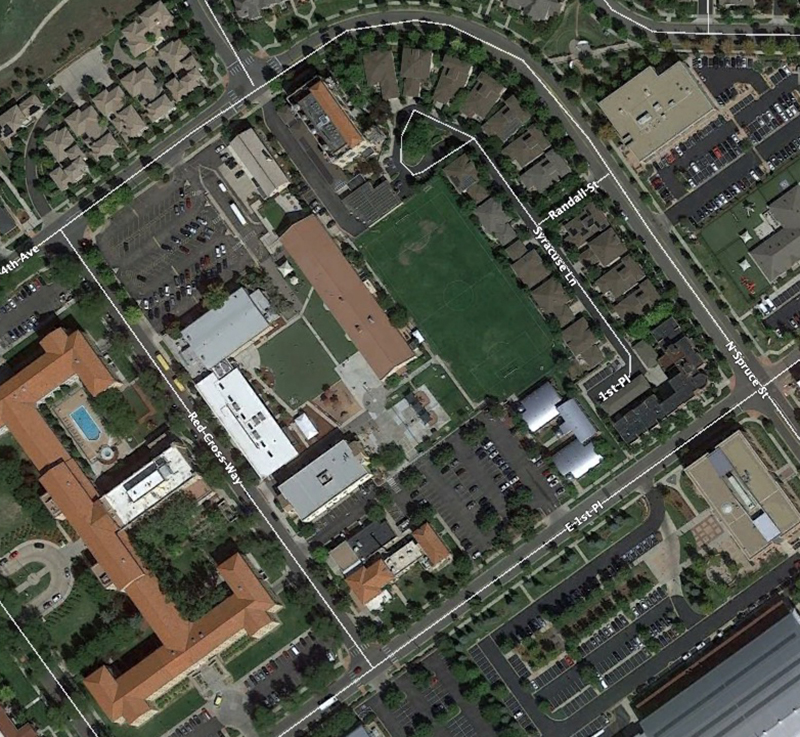 For anyone less familiar with Denver, Lowry was an Air Force Base that opened in 1938 and closed in 1994. It’s now an urban neighborhood with an interesting mix of old Air Force buildings and new housing and shopping. It’s well worth a tour.

The K-12 Denver International School is centered in the photo above. The long brown-roofed rectangle is Kimak Hall and the grey building next to the parking lot is the gymnasium building. All told we did renovations in four of the buildings and also redesigned their parking lot to accommodate their drop-off and parking needs.

Kimak Hall was originally a barracks building for the Air Force base. Like many of the buildings, it had been renovated several times before we got there. The program that we renovated it for was to hold administrative offices at each end and classrooms for their early childhood and elementary programs. We also added accessibility features and restrooms that could accommodate the new use.

One thing that I think is interesting is with this building you can see that they’ve moved the openings because the brick has been reworked so many times.

While the rectangular building with a central corridor initially seemed too boring, the addition of color and program has actually made it a vibrant space and easy to monitor.

While the building was a giant rectangle, due to the many renovations and two huge firewalls that were in the design of the barracks, we had to get a little creative to get every classroom to work.

The building isn’t sprinklered, so we have to have exterior exits from most of the rooms. We were actually lucky that many of them were already there from the design of the original barracks. 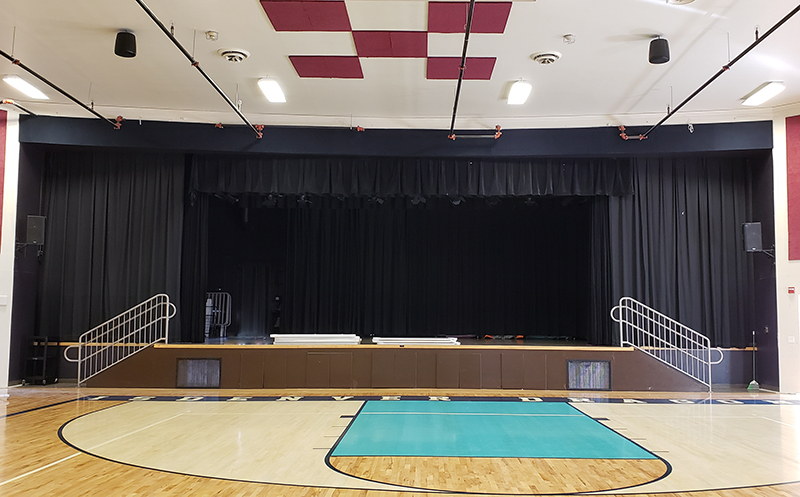 The gymnasium building was used as both a gymnasium and as a movie theater by the Air Force. It has actually been renovated again since our design there as the K-12 school has continued to grow and fundraise.

We did the first renovation of the gym a couple of years after Kimak Hall. Kimak had a lunchroom in the design but they’d outgrown it. It was suggested that the stage area (which was walled off at the time) could work as a lunchroom. We opened it up, added access from the front and also provided ramping and a warming kitchen in the backstage. 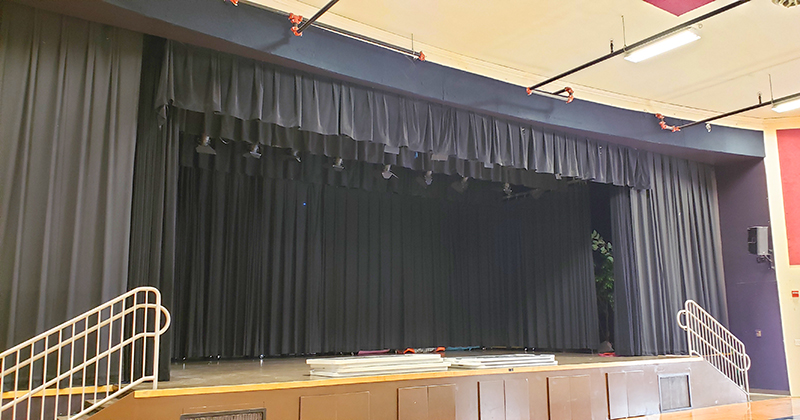 At the time, the plan was that eventually the cafeteria would move and it would become a stage with a curtain as well. Because the gym was not sprinklered the stage couldn’t have a curtain (it could only be a platform). A few years later when they had the money for the sprinklers the curtain was added and the cafeteria moved to the new building.

It’s always fun when we are able to build a relationship with a consistent client for several years and several projects. With a growing school, evolution is constant. For more information on our K-12 education design services please visit K-12 Education. 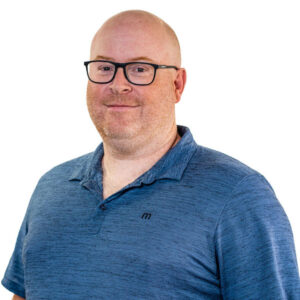