I recently visited the Patella Residence to see how construction was coming along. The framed structure is complete and currently a variety of trades and installers are involved in furthering its completion by ‘roughing-in’ various components. The fact that these components are ‘roughed-in’ means that the guts of the infrastructure have been installed and are or will soon be ready for county inspections, installation of insulation and drywall and then the eventual final connections of light and plumbing fixtures.  The mechanical, plumbing and electrical trades and contractors have been in full swing getting their respective scopes of the project complete. Let’s take a look at what I found… 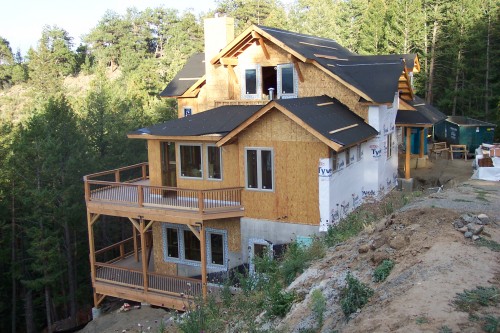 In the above photo you can see that all of the windows are in and note the waterproofing membrane surrounding some of them already. The Doug Fir framed structure of the deck features diagonal braces and metal architectural connector plates. Exterior O.S.B. wall sheathing creates the skin over the 2×6 framed walls which then receives a protective layer of builder wrap. In this case it is the commonly used Tyvek HomeWrap which can be seen on the right side of the photo covering the front of the home. 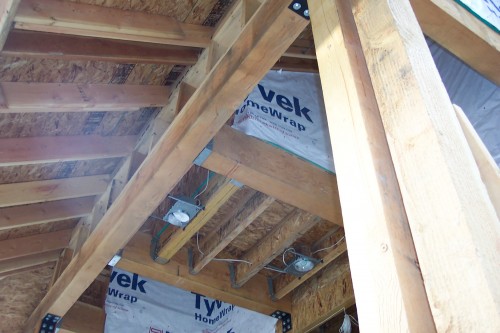 Here, refer to the previous photo to get some perspective of the entry portion of the home, as the photo immediately above shows a perspective of what will be the ceiling of the covered entry before any of the finished materials are applied. Dissecting the photo diagonally on the upper left portion is a large 6×12 beam. This supports the front of the covered entry. On the right side, two 6×6 wood posts support the beam on this side and the matching posts on the left are out of view. There are two other 6×12 beams that can be seen which hold up a dormer from the upper level above. A small portion of the corner of the dormer can be seen above the closer of the two parallel 6×12 beams and covered in the Tyvek builder wrap. These two beams have been hung from the front 6×12 beam. The lower portion of those two hung beams will be exposed to create for a nice treatment to the ceiling and will actually be structural. 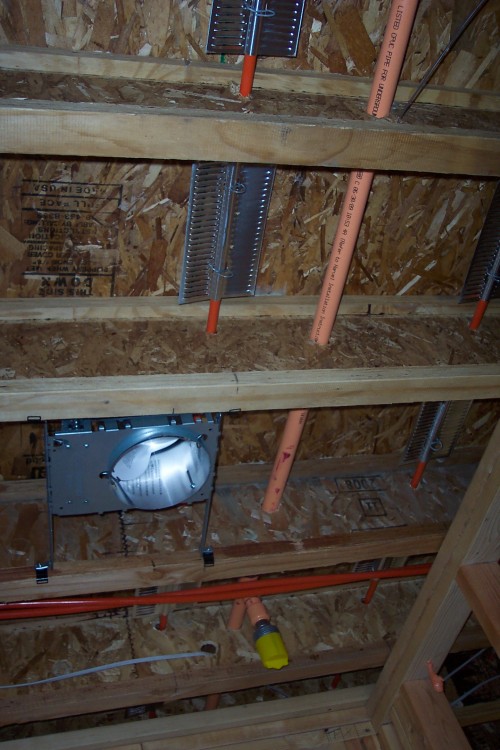 As we go inside and look toward the ceiling of the main level, there are several examples of the various trades that install the infrastructural components of the home. To the lower left, there is an electrical fixture assembly for recessed can light that is adjustable for fine tuning its placement. Also, you can see two orange pipes . The smaller darker orange ones, running parallel and also perpendicular to the floor joists are for the staple up radiant heat system that the residents will use instead of a typical forced air system. These flexible pipes circulate heated water which then radiates heat up through the subfloor and finished floor material. The other larger pipe, running perpendicular to the floor joists is for a sprinkler system that needed to be installed as a requirement of the local fire district in this area of Jefferson County.

For the examples explained here, see the two photos side by side above. The left photo is from the perspective main level looking up at the upper level loft. And the right one is from up on the loft looking out across the great room below and there is a doorway to a deck off to the left of the curved portion of the loft. The unseen stairway going down is just beyond the roll of batt insulation, lower middle of the left photo. The gas fireplace has been installed in the great room and batt insulation is already being installed in the large wall of windows to the right. The curved and cantilevered loft floor joists are tied together at their ends with an O.S.B. rim board because of its flexibility. The loft is supported by a dropped Doug Fir 6×10 exposed beam; refer photo on right. This beam connects to a double 6×6 post. When finished, the exposed structural wood will reinforce the mountain style vernacular that the exterior features. 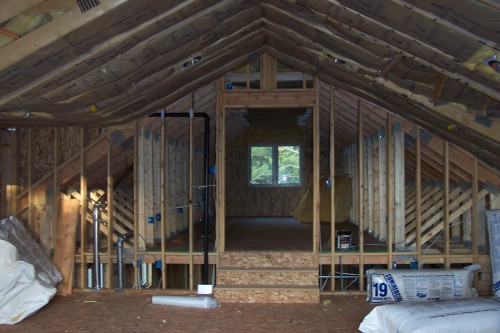 This shot shows the design and shape of the bonus room attic trusses, just beyond the steps and common wall of the loft. An attic truss is a type of truss that provides living space within its volume, where a standard flat bottom truss sits above the livable space. By incorporating these into a home, a living space can be gained by its occupants at a much lower cost than with framed walls and a standard trusses.  Soon drywall will hide the space between this upper level wall and create the boundary between the loft and the bonus room, which sits above the garage.

Although this was just a taste of what is currently happening with this project, please stay tuned in future weeks for more posts about the progress of the Patella Residence. 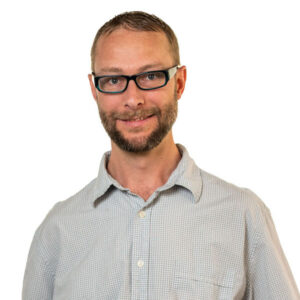