I recently moved into a home which came with a number of new maintenance responsibilities and needs that I previously didn’t have to consider. At the advice of my agent, I had the sewer line at the property “scoped” to look for any problems with the sewer line before I agreed to buy the property.

In a past occupation, I spent about half a year traveling through the National Park system and looking over the shoulder of a crew that drove robotic cameras through sewer pipes to document their condition, and, in some cases to gain some idea of where the pipes might be located underground or under buildings, followed by cleaning lines or recommending various orders for maintenance on those sewer lines. It wasn’t the most illustrious job, and I am thankful that I didn’t have to actually put my hands on any of the equipment, but it did teach me a thing or two about sewer pipes.

In a typical sanitary sewer system, there can be a variety of materials used. Inside of buildings, the most commonly used material today is Polyvinyl Chloride (PVC), but it is not uncommon to see cast iron piping in older homes and buildings. PVC is an excellent choice for piping as it doesn’t rust and is resistant to corrosion. It is cheap to buy and install and will last for the life of a building. When water is running through PVC, it is a little noisier inside of a building when compared to cast iron, but the benefits of PVC far out-weigh the alternatives. Once the sewer pipe leaves the perimeter of the house, it may continue inside of PVC, but it may also transition to cast iron, vitreous clay pipe (VCP), or some other material between the house and the street.

In my case, my home uses a combination of PVC, Cast Iron, and VCP to get to the main sewer line in the street, so don’t be surprised if you see multiple piping types in your own house.

The connection between the house and the street is the most likely place a homeowner will encounter a problem. Common sewer line issues include roots growing into the pipes, shifted or offset connections between pipes, collapsed or broken pipes, corroded pipes, and sags.

The repair of a pipe can be a challenge, but there are a growing number of options to fix or replace various sewer problems.

Traditionally, the only way to fix a pipe was to dig it up and replace the offending section of the pipe. This process can be very time and labor intensive, if not impossible because of access. In some cases, vegetation such as a large tree, paving, or accessory buildings may make it very difficult to repair or fix the pipe without utilizing a very destructive process!

The good news is that there are relatively recent options to fix or maintain pipes in-place:

Jet cleaning and root cutting: This uses a process where high pressure water (and sometimes a mechanical “cutting head” ) may be used to cut out roots or clear debris. There is some risk of damaging pipes, but this is the most common process and can clear out debris most of the time. It is also the least expensive option, generally speaking.

Slip lining or cured-in-place piping: Slip lining is an approach that re-lines the inside of the pipe with a thin layer of new material. The new material can either be pulled into place, or, if a pipe has collapsed in a section, the new lining can be pressurized to push itself through the collapsed section. Once fully inflated, the collapsed portion is hopefully re-opened. Once the slip lining material has been successfully threaded through the existing pipe, it is usually cured using high pressure, high-temperature steam. This can sometimes burst the old pipe to minimize restricting the diameter of the new pipe, but this usually isn’t a concern.

If you know that there is some risk of damage or obstruction in your sewer pipe, it would be a great idea to hire a plumber to scope the pipe for you so that you can properly assess the best course of action for repairing or clearing the pipe before you dig out your shovel to try to diagnose the problem yourself! After several months living in my home, I haven’t had to do anything drastic to repair or clear my sewer pipes, but I am glad that I knew what condition they were in when I bought my house.

Here at EVstudio, we can assist you with your plumbing design needs as we offer Mechanical, Electrical, and Plumbing design. 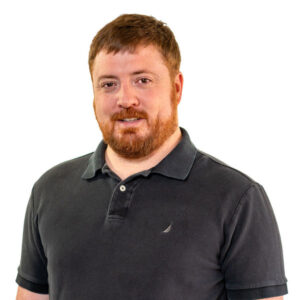